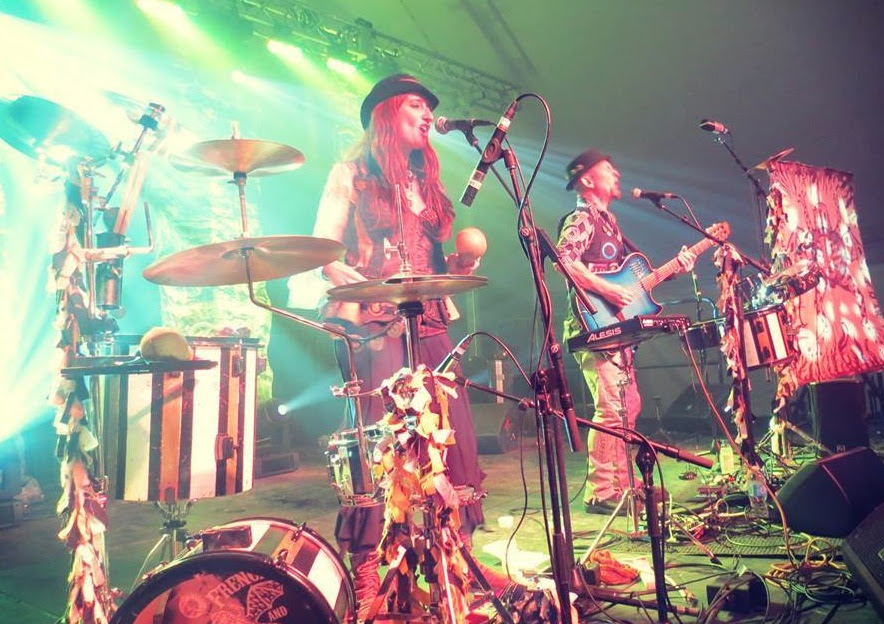 The album-opening “Wah” winks in awareness of this paradox. Over an insistent club beat and a stylish, Euro vocal hook, Stephenson instructs herself to “stay at home on a Saturday night...diving into what feels real.”

A feminist theme of self-exploration-as-activism recurs in almost every song. The deliriously cool chorus of the New Wave and spy-toned “Lankey Bell Bottoms” celebrates continual growth and the rejection of triviality, while the gorgeous jangle-pop of “Sing” offers a compact time-lapse portrait of a woman ignoring or forestalling her true calling in five different decades of her life.

“this (Batfrog) has some serious wings to fly beyond the parameters of steampunk and into the stereo systems of anyone who loves quality folk punk” (Ron Hart, Chronogram/Bonjour Batfrog Review)